After signing up for a chance of trying a powermeter for a month, I was lucky enough to be picked by 2moso & De Digitale Sporter. So at the beginning of May I received a 4iiii Precision left crankarm powermeter in my mailbox. I've wanted a powermeter for quite some time to aid me in becoming a better cyclist by honing my skills with training exercises. 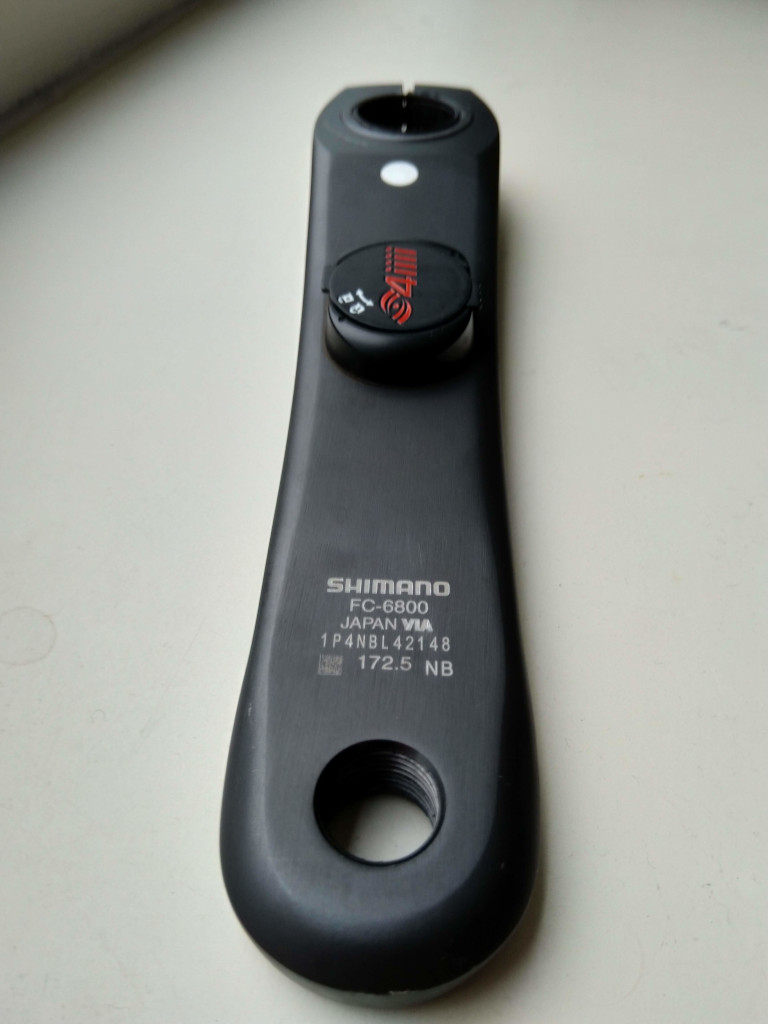 As “compensation” for the trial period, I would have to write a short review of my experience during that month, which to me sounded like a great deal. I figured I might as well turn that short review into a blog post. This will not be a technical review but instead will focus on my experiences. From the initial setup with my Wahoo head unit, to using the powermeter on a day-to-day basis, doing a 20 minute FTP test and finally a day riding in the Ardennes.

Before I dive in though, I'm aware that this might not be familiar terrain for some of you or even that interesting. So no worries if you have already tuned out. If you're still reading I'll first explain a bit about what a powermeter is, how it works and why I want one.

A powermeter is a device that measures the amount of effort you produce to propel your bike, measured in wattage. Most powermeters do this with a strain gauge. A certain amount of flex, say in your crankarm, will equal a specific amount of watts. Why a powermeter instead or in place of a heart rate monitor (HRM)? Well, your heartrate will always have a delay to the actual effort you put out. Especially if you’re doing intervals this will give you inconsistent readings during the workout itself. In contrast, a powermeter will give you far better and consistent data. For instance on outdoor rides it is quite handy to have accurate readings of effort when riding into a head wind. Measuring your heartrate would not be that beneficial there.

As mentioned before, I tested 4iiii's Precision left crankarm only version. This only gives you one side of the equation, as most of us use two legs to cycle, so the data is multiplied for obvious reasons. Legs can differ in the amount of watts produced but for mere mortals this is precise enough. So let's dive in.

Easy as installing any left crankarm. I ride a Shimano Ultegra 6800 crankset so tool wise I needed an 5mm & 8mm allen key, flathead screwdriver and a lockring removal tool. First you'll need remove the pedal, then the left crankarm. Now you're set to attach the 4iiii crankarm and reattach the pedal. Details on exact installation are provided with a brief manual or you can do a search for it. 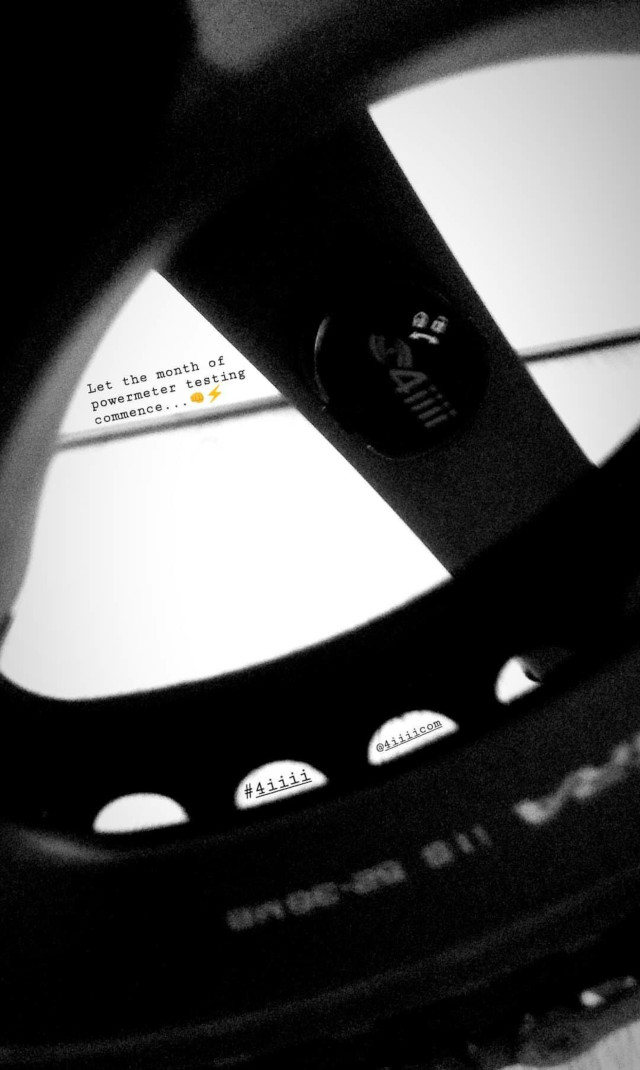 After physically installing the crankarm, it's recommended to zero the powermeter. You can do this by installing the 4iiii Device Configuration app on your phone, then wake up the powermeter before connecting. Just rotate the crank a few times and then connect it. Via the app you can zero the pedals very easily. The app also automatically calibrates every time you connect via bluetooth with the 4iiii powermeter. I highly recommend that you connect and subsequently calibrate your powermeter a few times in the first couple of days. The manual indicates that you can also zero via the head unit but I couldn't perform this action with my Wahoo ELEMNT.

After zeroing I add the powermeter to my sensors on my Wahoo ELEMNT. This was straight forward: go to the option menu and Add Sensor, hold the ELEMNT next to the sensor until discovered. It will connect automatically and even ask if you want to add relevant powermeter fields to the datafields. I did end up changing the interval to 5 seconds since the automatically added datafields are a bit too twitchy for me. Now you're good to go. As a side note: the powermeter also includes an accelerometer which provides your cadence.

After installing and configuring the powermeter I went on a short ride and did the preconfigured 8 Minute FTP TEST that comes with my ELEMNT. FTP stand for Functional Threshold Power by the way. It indicates the maximum power you can ride at for (at least) an hour. Quite helpful for riding up a mountain or into the wind. However I believe you should use it in an indicatory fashion and never stare blindly at numbers. The 8 minute test gave me a rough FTP (I believe I got an FTP of 220 watts) to go by for the next few days. However it wasn't close to what I was capable of.

If you haven't heard of Zwift you probably living in a box the last couple of years. Or you're just not that into cycling but still reading this blog. Nice! Anyway I always wanted to try this virtual riding platform with my indoor trainer. And although the requirements are quite low computer/equipment wise I wanted to try it with the powermeter for a more accurate experience. However not having a smart trainer is definitely not handy. My trainer doesn't automatically change the resistance where a smart trainer does. This is quite vital to be honost when using Zwift, especially while climbing virtual mountains. I did a 20 kilometre ride round virtual London and hated it. Maybe when you do have a smart trainer it's different but I tend to train quite specifically anyway. I make them with TraningPeaks and then I sync these to my Wahoo ELEMNT. During the ride I listen to music to keep my mind occupied; this somewhat lessens the pain and that suits me just fine. Possibly if you aren't a structured rider or you need motivation from friends, then Zwift is the platform for you.

Like indicated I tend to do specific training in the ramp up for the cycle season. I've used VO2max trainings by Tom Bell with a combination of long rides while preparing for the Ronde van Vlaanderen. Another upcoming blog post even though we are well into summer here.

With the powermeter I could now perform the much dreaded 20 Minute FTP Test. I was putting it off until I had slept well enough and was feeling unburned by stress. Those can be a factor and I wanted to limit them as much as possible. But there was no going around this test.

The indoor training routine consisted of setting up my trainer and placing the fan on full blast, hitting my torso from the side. It’s just something I've learned that works better for me then from the front. It was time to mount my bike and put on my Trainer Sessions playlist.

Before the pain would finally begin, the ramp up towards the 20 minutes was preceded by a warmup and a few minor peaks I felt good and in the zone, but did jump of the bike to fetch some extra water, afraid of not having enough. The 20 minutes started and I had pre-planned already, dividing the session into blocks of 5 minutes. 5 minutes of ramp-up, 10 minutes of steady and going almost into the red and in the final 5 minutes I would slowly add resistance. This plan worked well, painfully well. I can only thank Tom Bell's trainings as they are close to my experience with the FTP test. I would however add the cough you get from cycling a criterium with the taste of something metallic like blood. It was quite horrible but it did result in a FTP of 345 watts during that 20 minute ride. Giving me an FTP of 345/100*95 = 328 watts. 4,4 w/kg is quite good. 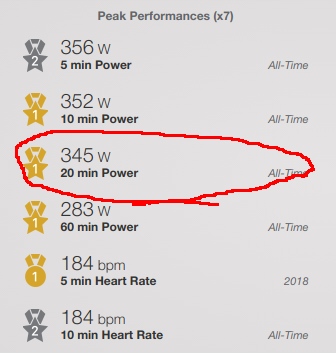 After the FTP I noticed that the battery of the powermeter indicated a 5 % charge left. So I decided to swap it out for a new one. Changing a battery is a piece of cake. Normally you need a coin or something to fit in the removable compartment slot to twist it open. Luckily 4iiii was smart enough to use something like little teeth on both sides of the compartment cover, so it's easy to remove without any added tools. Be sure to zero and calibrate the powermeter again after replacing the battery. I got some wonky readings on the ride the day after I replaced the battery.

During the last days of my trial month of riding with a powermeter I had chance to put it through some real world testing. Namely during the La Chouff Classic cyclo in the Ardennes. Besides having some fancy stats to look at during the climbs, it was good to knowing how long I could sustain a certain effort on them. I was also reaping a lot of the benefits from the training I had done and my 5 kilograms of weight loss. Even though the pain was still the same, I was spinning at a higher cadence and climbing faster.

"It doesn't get any easier, you just get faster"

So let’s get down to the verdict. Is a powermeter beneficial to you, or in this case me? Yes is the most straightforward answer. Especially during training sessions it provides me with the most accurate metric to see what I'm doing. Is it worth the price though? At about 380 euros the 4iiii left side only isn’t cheap, but I would say this is worth it for me. Seeing how easy it is to install, configure and use I will definitely be buying a powermeter very soon. As a belated birthday present perhaps.

I couldn't sit continuously any longer, the kilometres had taken their toll. The Fizik Arione R5 saddle I recently bought to replace the rather bad saddle that originally came with my roadbike couldn't help this. From now on I had to switch between seated and standing position on the bike.
My first bikepacking adventure last August. Taking me from The Netherlands through Belgium, France, England and home in 8 days.
A short story about my new bike for adventures.