It's May 10th 1940 and the German army takes position on both side of the bridges along the river Maas in Rotterdam. The Dutch army tried to take back the bridges but failed in their attempts. However the Germans are unable push on and move beyond their positions. During the five days of fighting that follow the Dutch marines are ordered to recapture the bridges and blow them up. Although they provide plenty of resistance they are also unable to achieve their objective.

Between the 10th and 14th of May Rotterdam suffers at least twenty air raids. The Germans mainly target the police academy and military barracks. But besides 185 non-civilian casualties, 900 civilian die.

In the afternoon of Tuesday the 14th of May the largest air raid with 90 Heinkel bombers begins. This devastate the city centre including Kralingen and the North of Rotterdam. 30.000 houses and buildings are destroyed. 800-900 people die during the raid or from the fires that errupt following the raid. The city is changed forever. 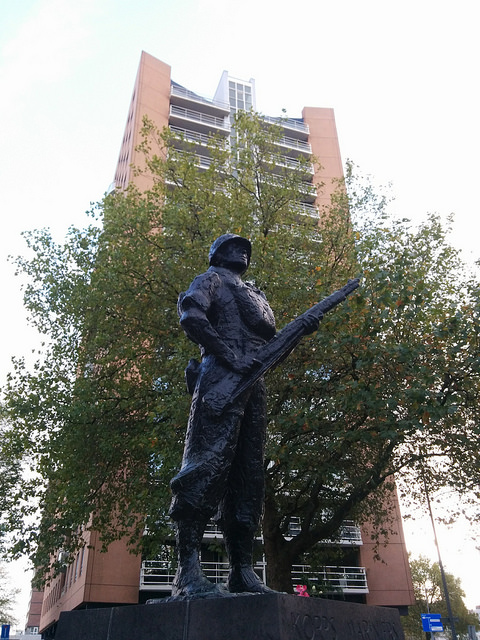 Fast forward to 2006 when several markers are placed to physically mark the boundary of the fire that burned the city. Or as it is more aptly named The Fire Boundary. The markers consist of an icon that is illuminated with red light during the night which symbolizes the fire. The icon shows burning buildings, the silhouette of a Heinkel bomber and the image of 'The Destroyed City" a sculpture by Ossip Zadkine. 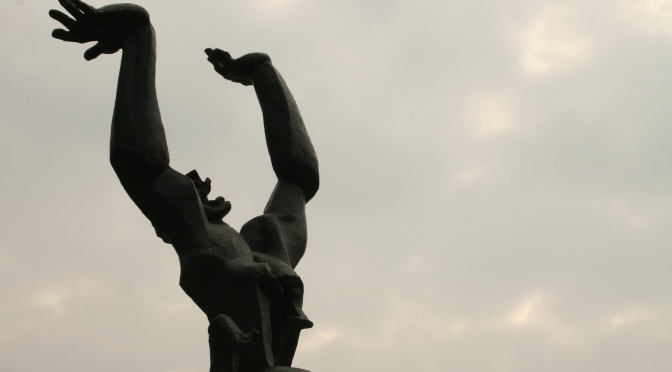 Last year I walked the length of the fire boundary. A unique experience and something everybody living in or visiting Rotterdam should do. It's a great way to explore the city and learn about a part of history that shaped it into the modern city it currently is. A mix between the old and the new.

You can walk the length of the fire boundary in several ways, but one of the best is through an accompanying audio tour. It's free, but sadly only available in Dutch, via the Brandgrens website. There is however an English website.

The fire boundary is about 12 kilometres in length but as with most things in The Netherlands it is mostly over flat terrain; quite easy to do in a single day. It takes you through areas of Rotterdam you won't normally visit or know about, even when you're a local. An example of this is the
Jacobustuin, hidden garden in the city centre with a playground for children and a wild array of plant and bird life. Great place to rest in an oasis of silence from the rest of the city. 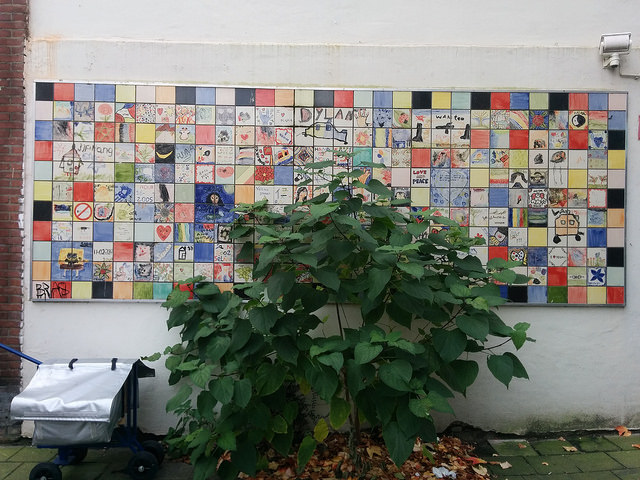 Lastly it's worth mentioning that every 14th of May there are several events to commemorate the events of the same day in of 1940. In previous years the fire boundary was lit up with floodlights for instance. You will find more info on the program for this year in due course via the website.

For some more visuals, see the route I walked or some the photos I took.

Ever since I started going to a school in another city at the age of 9 or 10 I had to take a the bus. This was my first experience with public transport and I still use it frequently. I'm 29 now and still don't own a drivers license. Why?