It's never fun when hardware fails you, especially if you lose your data but of course you need to backup your data damnit! And I did so no worries there, although I did lose part of my thesis. Turned it in last week so no biggy in the end.

But this post isn't about hardware failing on you, it's about a certain piece of hardware that has failed on me twice (two different housings) and it didn't just fail on me. A good friend had the same model and it failed on him, same goes for a colleague of mine. These are all individual cases with the same issue being the problem but more on that later in this rant. It seems that a lot more people out there have had the same exact issue with the exact same housing from Shuttle. Just google "shuttle k45 dead" to see what I mean.

Let's start at the beginning. Last year my first Shuttle K45, which I had owned for about 8 months, failed on me. It would not start up after pressing the power button. You could hear the fans spin up but spin down again after a few seconds. So I began to test different things like changing ram out, CPU swap and even the power supply but to no success. So I figured I use my warranty and got a new K45 in a matter of days. I even got a Ice Genie shipped from the USA so I could get a better cooling on my CPU. Cause to be honest the CPU on the mainboard is positioned in such a weird way that a Intel Stocked cooler only covers it 2/3 of the cpu surface.  You can see this by the indentation of the cooler in the Arctic Silver thermal paste. 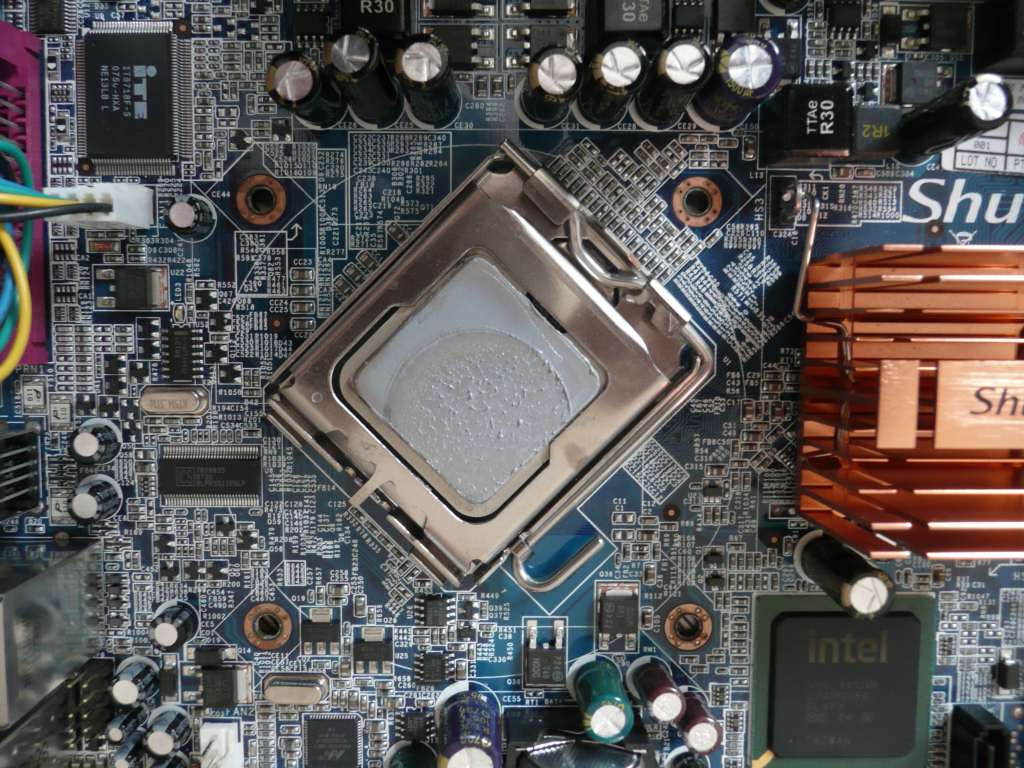 My new setup or rather my old setup with a new K45 held out for one year, it failed about three weeks ago or to be precise. Surely the same problem didn't happen again? It did! But now I got angry so I started to research what the exact issue was. And found this post how to repair the k45 motherboard on the Shuttle forum which explains how to fix the board (or at least in part).

It seems that Shuttle has been using bad capacitors on the K45 (don't know about other models). Bad capacitors you say? Yes, bad capacitors which have been plaguing electronics from begin 1999 but if you really want to know a bit more about the badcaps or Capacitor plague read up on it on Wikipedia. Quite interesting even for non-geeks.

So by saving a few pennies here and there Shuttle has created a flawed series. I would have expected them to recall the K45 series after they noticed the above issue but they didn't. And the K45 is been around for a few years now so THEY must know about it or they have there heads so far up their corporate asses that they can't see straight anymore. To me it looks like they just don't give a shit.

Enough harsh language towards Shuttle. What's done is done. Let's get back to fixing the K45. You will need tools and soldering skills to fix it or maybe your tech savvy friend can fix the board for you. The post above on how to fix the K45 isn't entirely complete so I will add to it or rather I will convey what my dad told me. He has the tools and skills and fixed the K45 twice (for me and a friend), I have the blog ;)

The capacitors you need to replace are the 1800 µF 6.3 V 8mm x 20mm (marked red) and 1000 µF 10 V 8mm x 14mm (marked purple) in the picture below. Although you might want to check if these are bad. Bulging tops or even bottoms with the rubber bulging out are a good indication of a bad capacitor. Check for higher temperature or even feeling hot to the touch, they should not be warmer at all. If so replace it. The 1000 µF is the most important. I got the premium Rubycon capacitors from badcaps.net. This website has been dedicated to the capacitor plague and replacing badcaps. It has a lot of information on the issue. Thanks again Chris for the speedy delivery (within 5 days). 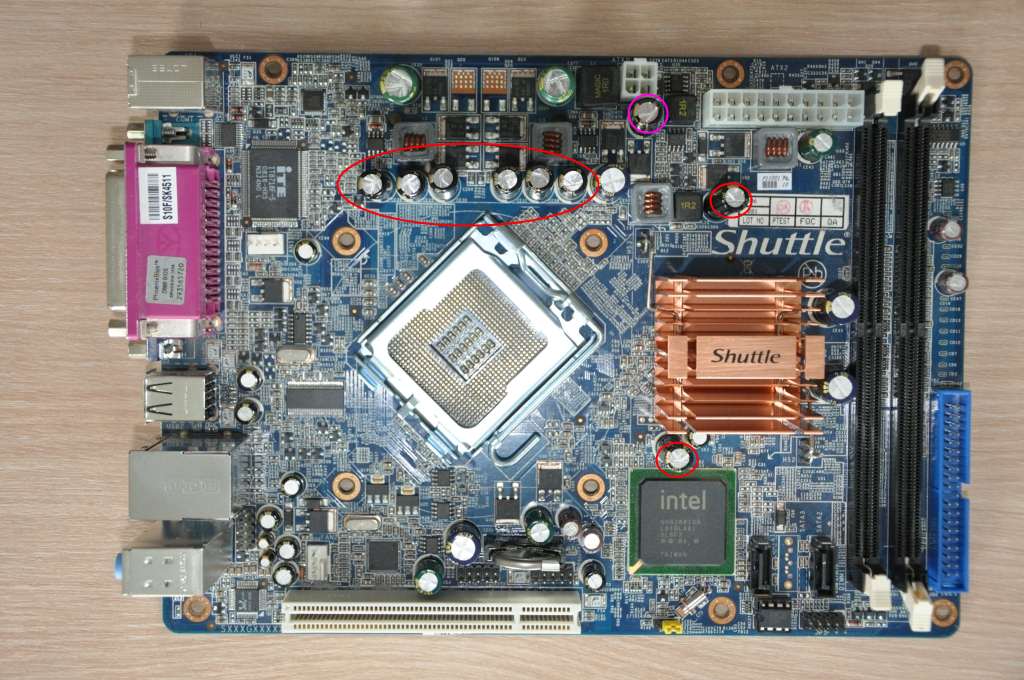 Besides Chris I would like to thank my dad for helping and fixing two K45 for me. I might know a thing or two on how to fix electronics but he certainly takes the cake. Although he really needs to update his site. ;)

It's all peachy in the end but I will not be using my fixed K45. I've completely lost trust in it even though it works great after the fix, besides I was on the look out for something a little less hungry for wattage anyway. So within a few months I will replace my temporary setup with a nice Atom 510 motherboard.

I've noticed that my blogpost tend to start with "It's been a while..." and it certainly has as my last post was at the start of January. Well to all my loyal followers (about 20 or so) thanks for waiting around and I hope you will like this redux to
It's been quite busy and still am with all the recent changes in my life. Not to worry...no major ones like a baby or anything...honest! But after my last post more then 3 months ago I haven't had much time for blogging as my new job keeps me
Yes you there, sitting behind your computer with your hands in your hair because you've just 'misplaced' your data and now it's all gone. Everything! Your documents, photo's, bookmarks, music, etc....your entire digital life that was on that little piece of hardware called a harddisk. First time? Second?! Third!