Plans are made but life still happens. Sure this year more so than others. This week and last I had planned to finally go on my first solo hike on the Isle of Skye. I haven't hiked since 2016, the last being Iceland with my Canadian hiking buddies Chrissy & Adam. The Laugevegur seems ages ago now, a distant memory.

Their lives certainly changed a lot since then, but so has mine. Physically I've become a lot stronger, this has helped my lower back issues to a certain degree. Mentally, well that's something I've been dealing with in the last year or so. The physical helps with that too though.

Beyond the physical aspect of cycling there is a mental part that comes into play. I've found that holds true for any activity whether cycling, running or even walking. Sure there is the often mentioned flow you get into but before you do, you tend to think things through. It helps put it all into perspective. Especially being in nature seems to help this along.

To me a holiday in the rugged nature of Scotland seemed ideal for this to me. However new restrictions by the UK government ended that plan. Seeing all the new cases spreading in major European cities I can't fault them. Thus I ended up changing my plans and changing them again.

In the last few weeks I had some micro-adventures, these are somewhat easier to mentally plan for me at the moment then longer getaways.

The first worth mentioning was in the Loonse and Drunense Dunes, situated to the north of Tilburg. This national park is famous for the dunes smack dab in the middle of a forested area. And of course De Efteling. I had arranged to meet my niece & her husband there and make coffee with my Aeropress for them. All this while enjoying beautiful views of the dunes.

I also finally visited my parents a few weeks ago. Due to restrictions and my personal preference to not visit them until it was a little safer for everyone. The area around where I grew up is famous for the State-Spanish Lines that are leftover defense fortifications from the Eight Years' War. They are publically accessible by foot or bike.

As the weather was amazing on both days I was there, I also opted to ride in Belgium through some of the forested areas just across the border on the second day.

Last Thursday I had my most recent micro-adventure with Jeroen in and around the Utrechtse Heuvelrug and former Soesterberg Air Base. The latter being a park these days where you can cycle over the old airfields. It also sports a museum and plenty of walking options in the surrounding forested areas.

A day on gravel through forests with birds and my thoughts for company. 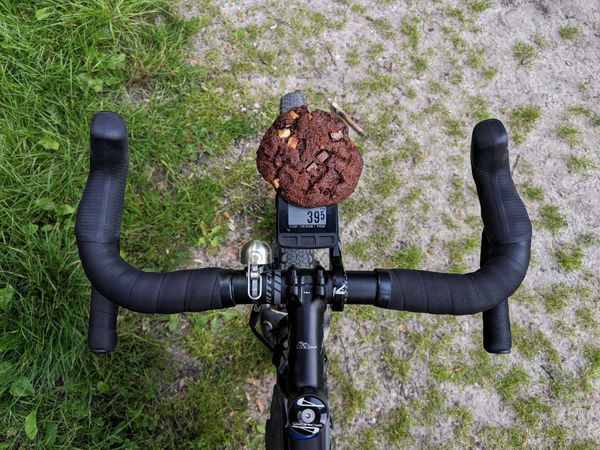