As you read this blogpost I am flying towards my next & final holiday destination, Bali, where I'll be staying for 2 weeks until my flight leaves for Amsterdam on the 13th of July. After weeks of trying to find work in and around Perth I've made the tough decision to move on. And although I would love to stay, that's just not in the cards.

But lets not dwell to much on why I'm going, I'd rather talk about what I've done in Western Australia in the last 2 months. After getting the plane at 5 in the morning (mental note, never do that again Graham!) at Melbourne Tullamarine Airport I arrive in Perth where Els was waiting for me at domestic arrivals. After saying hello, which I could only barely hear because of one of my ears was still adjusting after landing. We got my bags and made our way to the car.

Els is a friend of my parents they met in the seventies. She immigrated from The Netherlands to Australia back in 1977 with her family. My mom even babysat her two kids (Pauline & Miriam). Both have kids of their own now. Pauline has 2 boys and one girl and Miriam has a girl and a boy. Pauline's daughter is a professional surfer and is sponsored by Billabong. She's abroad very often. Pauline's son Luke is very much into football (soccer for some people) and wants to go to Europe for a professional career.

After Els drove me to her home, which is rather nice, she shows me to my room. Bigger than my first room in Rotterdam (that was 2 metre by 3 metre) and no sharing like in a hostel where I've stayed the last months. So I even have a private shower and toilet for once. Pretty sweet! The next day we go to Kings Park. A very nice park indeed. With a great view over the CBD (Central Business District of Perth). We walk through the park and even did a treetop walk.

Els lives near the Hepburn Heights Conservation Area which is quite large area of bushland with lots of kangaroos. Besides a bushland for kangaroos and a great place to walk & run through it's also a cemetery. At first you would think this a strange thing but it's actually quite a nice idea I think. And totally not as creepy as most cemeteries are. I also run for the first time in Perth, about 8K from where I'm staying to the beach and back.

On the Monday we go to Geraldton to visit Miriam, Grant, Jai and Ashley. It's a bit of a drive, taking us roughly 5 hours (425 KM) but than everything in WA is quite a long drive away or as they say "just down the road". We leave early in the morning and take the scenic route called the Indian Ocean Drive which runs along side the Indian Ocean (duh). It takes us past a Traveling Sanddune and we stop in Nambung National Park to see The Pinnacles. Which are these amazing looking outcrops of rock formations (and me).

During the week that we stay in Geraldton, Grant even takes me with him to work. Which is not a deskjob or at least not all the time. He's a agronomist in the Geraldton area which is part of the wheat belt of WA. He consults with farmers on how and when to start seeding for crops, what to do about weeds and insects. On the second day he took me with him he teaches me about some of the basics that his work entails. We dig around in the dirt to see if the soil still holds moisture, which is mostly does. The top soil however is dry as a desert. He takes me back to Geraldton and then it's time to explore this city on the run. On my second run I also stop by the HMS Sydney memorial. On my last days in Geraldton we celebrate Ashley's fifth birthday with a great looking cake made by Miriam. The day after Els takes me to the museum in Geraldton which has a vast collection of the many VOC ships including the Batavia and Zeewyk that hit reefs or perished in other ways of the coast of Geraldton. It seems the Dutch had a vast history with Australia even before we started migrating to it.

On our way back to Perth we stop at my first roadhouse and I see a cattle truck and also a roadtrain (truck with 3 trailers) both of which are quite common in WA. After arriving in Perth I prepare for a interview at KPMG, which some might know. I pull out all the stops on this one with a rented suit as I really need a job. The interview goes quite well but in the end I don't get it which is a bit of a downer. I do however achieve my first 13+ K run which lifts my spirit a bit. CBD of Perth is tiny compared to Melbourne but it does sport some good museums and Northbridge is good place to hangout with lots of tiny shops.

We also visit the port south of Perth called Fremantle. It's a very cultural place with one of the bigger harbours. Especially the Friday-Saturday-Sunday market is a nice place to visit. We also visit a museum here that houses a part of the Batavia ship. On my 30th birthday Els even gets me some chocolates and a CD. I go to the CBD during the day and treat myself to a movie and such.

In the last week in Perth I've booked my flight back to The Netherlands via Bali. Got lots of tips for Bali from my friends (Thanks!). And even used my newly acquired fencing skills for a new fence in Els's backyard as it was due for a new one. Where she also has a good amount of common blue-tongue lizards (video). I walked around the bush nearby a couple of times and snapped some more pictures of the kangaroos (video).

Although I would have liked to stay longer in Australia I'm very glad with what I've seen and the new friends I made. I'll probably post about the highlights after I've returned home. During my stay in WA I was welcomed as one of the family and that's something I'll always appreciate. Thanks to Els and the Burggraaf, Palmateer & Thompson family! You were great hosts. And if you ever drop by The Netherlands, don't be a stranger.

Check out some more photos I made in Western Australia. 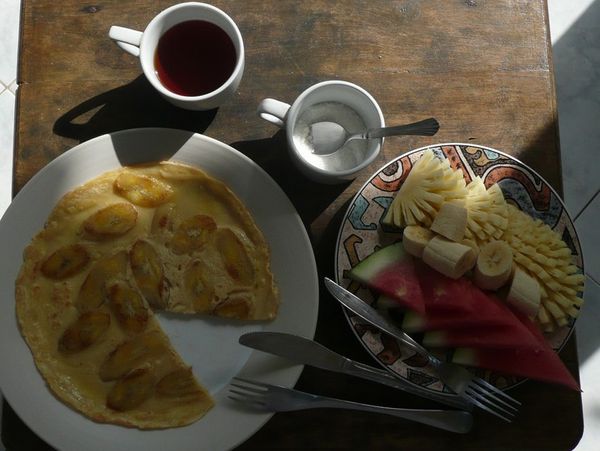 It's already been four days since I landed in this rather rainy country. Although it's summer on this side of the hemisphere it very rainy but I can't complain to 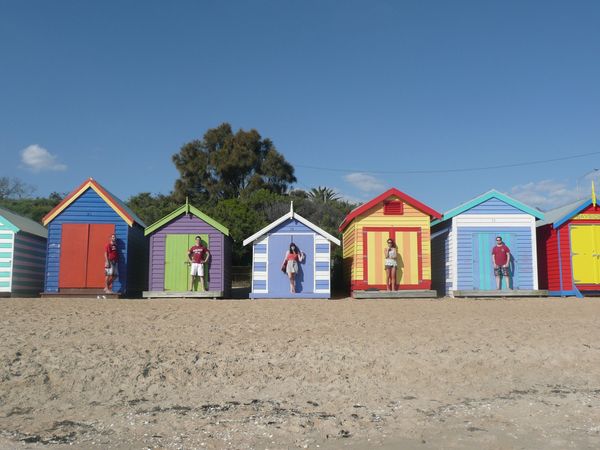 It's been a while since I posted on my little blog, the last story was about Tasmania and my big adventure on the Overland Track. That was back in the