At Lowlands this year I was one of the lucky ones that saw the surprise act up close (spitting range even, but forgot my camera :(). The Grolsch tent was packed and the surrounding area was engulfed with people waiting on this act.

Although it was rumored to be this amazing supergroup nobody had ever heard a song from cause they had not released an album or even a single yet, only some fragments. Eric Corton, a Dutch radio jockey, had announced it would be Them Crooked Vultures and had bet to eat his shoes if he was wrong.

Slowly after the previous another act had cleared the stage and the roadies began to move around equipment it became apperent that Eric was right... 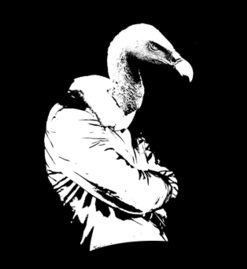 Several months later and the album release is only a day away, tomorrow! Although the album can already be listened to by means of YouTube or 3voor12's Luisterpaal for some days now. I will certainly be buying the album tomorrow. You can certainly hear the influences of the bandmembers: Dave Grohl (drums & vocals), Josh Homme (lead vocals & guitar), John Paul Jones (bass) and for live gigs Alain Johannes (backing vocals & rhythm guitar) jumps on stage with them. Especially the sound that you hear in Queens of the Stone Age can be heard in TCV, mostly described as desert rock.

I'll leave you with one of my favorite songs from their album...

Updated on November 17, 2009 at 20:12:
As they removed all the YouTube video's of the album songs when the album was released I replaced the video above with another (shot by my buddy Jurgen at Lowlands 2009) and also strike-through links that aren't valid anymore.